Why are people in Japan and South Korea rich but unhappy? 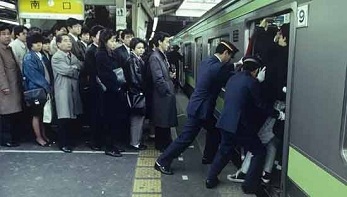 Both Japan and South Korea, the two most developed countries in East Asia are by no means below many developed countries in the western world. Yet the two countries are ranked 61 and 62 respectively in the world happiness index. The article explores why unlike in countries such as France, Germany, Britain, Norway and Denmark, people in Japan and in South Korea work harder and for longer hours, and number of people dying every year due to overwork in the two countries are rising?