What Explains the Enduring Alliance between China and North Korea? 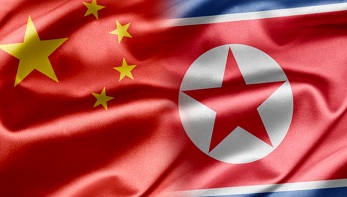 Is communism the only thread that weaves the relationship between China and North Korea? The comrades have been brothers-in-arms for a long time, but their relationship has been a reluctant one. China’s foreign policy towards the Korean Peninsula is primarily based on the geopolitics puzzle. By keeping the friendship intact, China keeps the balance of power in its favor. For North Korea, the primary national interest today is ‘regime stability’, which China assures. Also, China has been North Korea’s economic lifeline. Though the relationship may sound ‘made in heaven’, North Korea has also been more of a liability than an asset to China lately. Despite the fault lines, their friendship is likely to sustain in the foreseeable future.