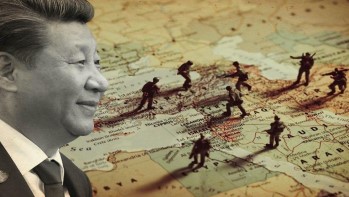 The China Dream aims at re-establishing the Middle Kingdom in Asia, even as it expands its influence in other regions of Eurasia, Oceania, and the Americas. The Indo-Pacific Region (IPR) holds the key for such a domination. The continental construct of the IPR is as important as its maritime domain and needs equal attention. This includes the landlocked countries that are dependent on these oceans/seas for their trade. The West Asia and North African (WANA) regions form part of the western flank of the IPR and also provide a connect with rest of Africa, Asia, the Mediterranean Sea and Europe, i.e., Eurasia and Africa or Afro-Eurasia, which forms the ‘world island’ of Halford Mackinder. For China, gaining influence in this region would therefore be critical for the success of its Dream. Even as China faces headwinds in SE and South Asia, its growing influence in the WANA would enable it to further its interests in the IPR. This needs to be analysed assiduously by other countries of the region and the USA for balancing China.