The US Free and Open Indo-Pacific Initiative: Maintaining Free Trade Connectivity Across Asia 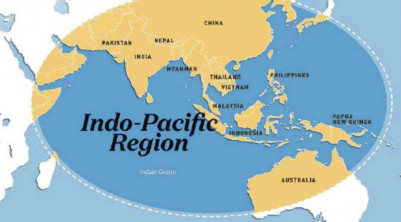 There was doubt and confusion regarding the US Free and Open Indo-Pacific (FOIP) strategic initiative after President Donald Trump announced a new direction in US policy toward Asia called Free and Open Indo-Pacific (FOIP) at the APEC summit meeting in November 2017. The US provided little forewarning and few details were forthcoming until an April 2018 State Department briefing.

This new US FOIP policy initiative was met with skepticism because for decades US policy had been China-centric in the sense that under the principle of "engagement" the US used assistance and cooperation to make China into a "responsible stakeholder" in the US-led rules-based order. Moreover, the most recent bold new direction in US Asia policy, President Barak Obama's 2011 strategic "pivot" or "rebalancing" toward Asia, turned out to be more rhetoric than reality because it did not actually change US engagement strategy.