The Future of Deterrence along the LAC 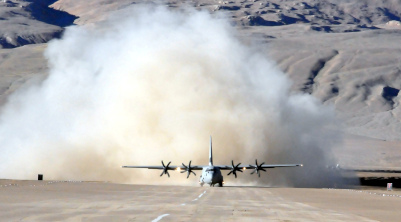 2020 has seen the worst Sino-Indian fracas in decades, highlighting the urgency with which India needs to overhaul its strategy for dealing with border incidents as well as its military orientation.  This working paper explores the utility of a shift to an offensive, deterrence-by-punishment posture even in peacetime, rather than maintaining a reactionary deterrence-by-denial posture. To operationalise this new orientation, the three services will have to be optimised for different roles in a conflict - the Army for rapid, offensive operations at lower-levels of conflict and the Air Force for ‘war-winning’ battle plans that degrade the PLA’s ability to fight in Tibet. Similarly, the Navy’s role will be restricted to sea-denial operations during times of war, with all three services focusing on joint operations in addition to their optimised roles as the conflict escalates. This posture is recommended because it adequately balances India’s economic constraints, urgent need for modernisation, and increasingly hostile threat environment; which the current strategy does not do efficiently.