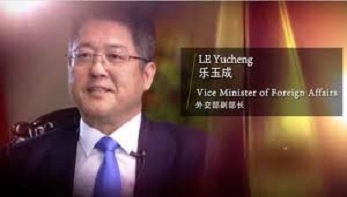 According to the website of the Ministry of Foreign Affairs, vice foreign minister Le Yucheng on 5th December 2020 attended and delivered a keynote speech at the 3rd China Think Tank International Influence Forum and the 6th Symposium on Creating New Types of Think Tanks, hosted by Renmin University of China and organised by the Chongyang Institute of Finance, Renmin University of China and the National Science Library of the Chinese Academy of Sciences. Vice Foreign Minister Le Yucheng said: “labelling China with ‘wolf warrior’ diplomacy is a gross misunderstanding of Chinese diplomacy. China has always been a nation of etiquettes valuing harmony; it has neither provoked others in the past nor has it ever gone to other people’s homes. Now they are coming to our doorstep, interfering in our internal affairs, relentlessly nagging at us, insulting and slandering us. We have no choice but to firmly stand up and defend our national interests and dignity. Obviously, the ‘wolf warrior’ diplomacy is actually another version of the ‘China threat theory,’ another ‘discourse trap’ that prevents us from fighting back and wants us to give up resistance. I suspect these people have not awakened from their dreams of 100 years ago.”