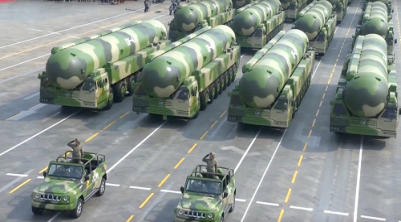 China’s deterrent is premised on the survivability and credibility of its nuclear forces. The policy of assured retaliation has allowed it to maintain a relatively small arsenal, stressing on second-strike capabilities for counter-value targeting. However, strides made by the US in precision strike, missile defence, and ISR systems threaten the credibility of China’s deterrent as it stands today. China may seek to mitigate this threat by adopting a launch-on-warning posture, heralding a significant change in its nuclear doctrine. An overview of China’s current nuclear posture and its vulnerabilities, along with the development of early warning systems indicate the CMC could seriously be considering launch-on-warning. When situated against the PLARF’s warhead handling protocols and three-tier nuclear alert status, one can conclude it has already been retained as an option for wartime.