Institutional Framework for Disaster Management in China: Natural to Pandemic 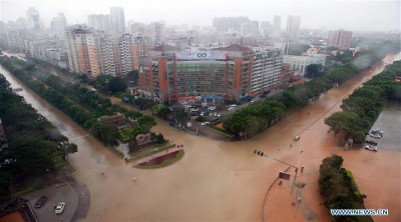 When confronted with disasters, governments and peoples from different countries suffer alike-no matter how divergent their cultures, ideologies, and sociopolitical systems. In this way, the government has actively demonstrated the nation’s international citizenship and common interests with other countries (Kang 2015; 36). President Hu Jintao, for example, said after Japan was hit by a serious earthquake and tsunami in 2011, “the Chinese people deeply feel the pain that the Japanese people are suffering” (China Daily March 19, 2011). Disasters do not have a nationality or is limited within the borders of a country, but has an equal chance of occurring in any state. Humanity cannot escape from this suffering, but can try to avoid it to an extent by adopting the sustainable development goals.