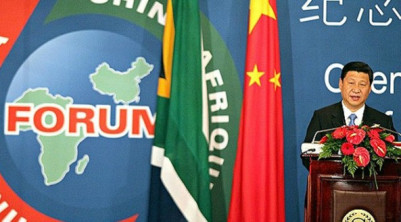 The Forum on China Africa Cooperation (FOCAC), celebrated the eighteenth year of its establishment with a star studded, glitzy geopolitical fest in Beijing on the third and fourth of September. The high-level diplomatic event that was taking place at a time when China is engrossed in a trade tussle with the US, is facing backlash for its debt inducing loans and is dealing with pressures from its economy rebalancing among other challenges (AfricaNews 2018). The Forum has, over time, not only become an important harbinger of quickly evolving Sino- African interactions but also an indicator of the importance African states are placing on its engagement with China. It is also reflective of the increasingly critical place Africa is taking in China’s foreign policy matrix and also contains clues to China’s aspirations in its role as a regional and global leader.

The choice of theme ‘China and Africa: Toward an Even Stronger Community with a Shared Future through Win-Win Cooperation’ is a deliberate shift from the donor-donee approach the west is often criticized for using. Emphasis on a ‘stronger community’ and a ‘shared future’ as the Chinese footprint expands across the continent, indicates that China’s interests in Africa are long term. However, China’s comprehensive approach to building human and institutional capacity in Africa could be perceived as an attempt to alter the Sino-pessimist narrative. Considering that most African countries have a trade deficit with China, the rhetoric of the ‘win-win’ nature of Sino-African cooperation finds legitimacy in the plethora of development cooperation initiatives that Beijing has in place. This article analyses the outcomes of the recently concluded FOCAC Summit and contextualizes it against the various measures Beijing has in place to build human and institutional capacity in the continent.