Europe’s New Role in the Indo-Pacific 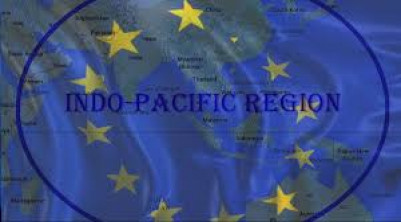 The Indo-Pacific has emerged as the new geo-strategic and geo-economic theatre of the 21 st century. The concept emerged as an alternative regional order of the Quad grouping vis-à-vis China’s Belt and Road Initiative(BRI). At first sight, Europe seems to be largely absent from the Indo-Pacific except for France and the United Kingdom. But the European Union (EU) has strong economic and poltical interests in this region and has slowly developed a new global identity. Moreover, if connectivity will be the main arena in this competition, then Europe has clear advantages because the future contestation will be on soft connectivity rather than on hard connectivity. But despite its newly formulated ambitions to learn the “language of power”, the EU’s foreign policy remains fragmented between the European Commission and the member states. Hence, Europe will have to follow a multi- track policy both on the level of the EU and its member states in order to establish its footprint in the Indo-Pacific.