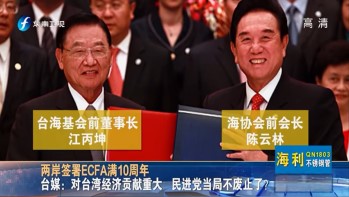 China and Taiwan signed an interim preferential trade agreement – the Economic Cooperation Framework Agreement (ECFA) in June 2010 to formalise the indirect and unofficial trade relations between both sides of the straits. Unlike other free trade agreements signed by the mainland, Beijing didn’t negotiate the ECFA via the Ministry of Commerce, in order to avoid recognising Taiwan as an independent country. The agreement met with a mixed response – with Taiwan’s nationalist party Kuomintang (KMT)-led camp supporting the agreement and the main opposition party Democratic Progressive Party (DPP) opposing the agreement. This paper reviews the impact of ECFA on the political economy of Taiwan and the structural changes it brought to the industries and trade mechanisms on both side of the straits and assesses its impact on Taiwan’s economic position in the Asia-Pacific region.