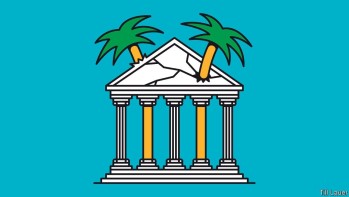 The People's Republic of China (PRC) is the third-largest aid donor to the South Pacific region. There are 14 Pacific Island Countries (PICs) in the region, excluding Australia and New Zealand. These countries underwent decolonisation from the 1960s to the 1990s, and the PRC began establishing diplomatic relations with them from 1975 onwards. Today, Beijing is recognised by ten PICs, while the remaining four share diplomatic ties with Taiwan. The political culture in the PICs is still evolving, and their still developing democratic tradition might provide a suitable opportunity for the PRC to amplify its growing influence in the region. This paper investigates the same by examining the democratic cultures in the region's top three recipients of Chinese aid- Papua New Guinea, Samoa and the Fiji Islands. The paper identified that certain democratic nuances in these countries, such as weak Opposition, corrupted institutions, and authoritarian executives, encourage Chinese engagement. In contrast, the strengthening of democratic institutions seem to have an inverse effect.