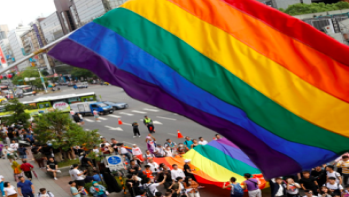 According to American political scientist Samuel P. Huntington, world witnessed the “third wave” of democratization during the period 1970s through the mid 2000. During this period, liberal democracy became the default form of government in many of these newly democratic countries. In the same period, the process of democratization also started in Taiwan. Taiwan’s story of democratic transition along with its awareness for liberal principles is fascinating. Over the years, it grew stronger and this island nation became one of the strongest gender equitable liberal democracies in Asia. Two important outcomes of the democratic transition in Taiwan could be identified - emergence of a new Taiwanese identity and a strong movement for LGBTQ rights. Notably, Taiwan became the first Asian country that legalised same sex marriage. In last three decades, countless LGBTQ activists, civil society groups and allies worked tirelessly in Taiwan to change hearts and minds, hold the government accountable, democratize intimacy, and legally transform sexual citizenship in Taiwan.

While examining the idea of new identity in the context of cross Strait ties, and various queer activisms in Taiwan, this paper will be a comprehensive and critical understanding of liberal democratic principles and its contribution towards the formation of new identity in Taiwan.  Based on liberal democratic and queer theory, this paper aims to argue that gender equality is the force multiplier democratization as it empowers civil society. Taiwan’s case is the example of the double transition to democracy and a liberal gender regime and its projection to world politics.