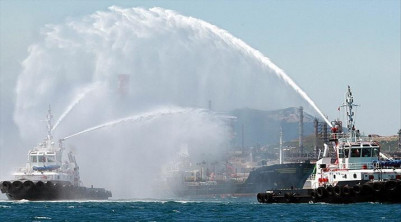 China’s South China Sea strategy has been one of confrontation and coercion. It has in a short time consolidated its position and strength in the region by building facilities to station its military hardware and undertake long-range deployments in disputed areas of the South China Sea. China has been applying coercive tactics short of armed conflict to have its way in disputed regions by intimidating its smaller neighbours. This is done below a certain threshold to avoid drawing the US and its allies into a direct military confrontation with China. China’s military strategy of ‘active defence’ is based on a pledge not to undertake a strategic offensive but to retaliate appropriately if an enemy poses threats to China’s national unity, territorial sovereignty, or interests (DOD 2018b: 45-46). In recent years this has been a major feature of its ‘near-seas protection’ and ‘offshore waters defence’ strategy to maintain its position and push out external powers like the US by making intervention costly (SCIO 2015). These strategies are particularly visible in China’s pursuit of its claims in the South and East China Seas. China’s militarization of the South China Sea demonstrates its capabilities and willingness to use that capability to consolidate  power over disputed regions and deter other parties from intervening.