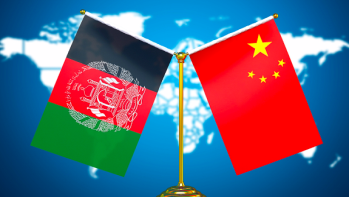 The United States invaded Taliban-run Afghanistan in the wake of the September 11 attacks on the World Trade Center in New York and The Pentagon in Virginia. After staying in the country for 20 years resulting in 2,448 deaths of American service members and 3,846 (Knickmeyer, 2021) military contractors until April 2021, the United States has pulled back from Afghanistan and the Taliban is back in power in Kabul. Amid the United States troop pullout, the Taliban takeover, and the ensuing chaos in Afghanistan most countries started to evacuate their citizens and embassies, but there were exceptions in the name of China, Russia, and Pakistan whose embassies continued to function as normal. This paper aims to analyse China’s interests in Post-American Afghanistan through the lens of Economic, Political, and Security interests. The paper will briefly trace the China-Taliban connections over the years, possible threats to China’s internal security, and threats emanating to BRI projects in Central Asia and Pakistan.