China and Denuclearization of North Korea 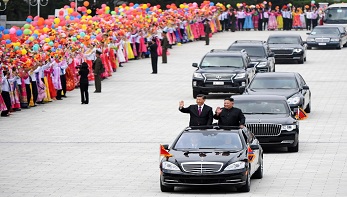 China has advocated peaceful resolution of the nuclear proliferation issue in North Korea. It has regarded stability in North Korea as an important aspect in all of its policies and negotiations. Despite China siding with the US and its allies in the Security Council to impose tough economic sanctions on North Korea, the relationship between Beijing and Pyongyang is quite stable and close. China’s policy of restraint towards North Korea’s nuclear proliferation is, however, not free of costs, adversely affecting its relationship with other major power like the US, Japan, and South Korea. Scott D. Sagan’s explanation for nuclear proliferation which focuses on domestic politics is quite beneficial to comprehend the manner in which the Kim regime has utilized its nuclear weapons program to not only secure itself from perceived threat from the US but also to justify continued sacrifices and harsh treatment of the people. China’s quest for stability in the region aligns perfectly well with the Kim regime which is resolute to maintain its grip on power. For the Kim dynasty regime survival is the priority and it has learnt from past horrific cases of Iraq and Libya. It is highly unlikely that the regime will forego its nuclear weapons as they act as deterrent against aggression by external players.