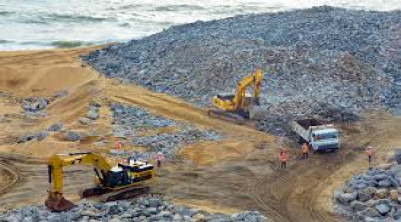 China is one of the biggest beneficiaries of globalization. Today it is the second largest economy in the world and on the path to become the number one. The integrated world economy has helped China become the factory of the world and also the largest trading partner of most of the countries. China holds a foreign exchange reserve amounting to more than 3 trillion dollars. However, China needs to develop new growth models in order to continue growing. The party leadership is keenly aware of the need to change the growth trajectory. It would not be farfetched to say that the Chinese government is the process of promoting a new phase of globalization. Xi Jinping is President for life and his speech at the 19th Party Congress clearly laid out an agenda for Chinese global plans. Xi has also been discussing ways to promote and maintain the global economic growth. China’s Belt and Road Initiative which was proposed by Xi in 2013 is expected to be almost seven times larger than the Marshall Plan. China has laid out a grand plan of cooperating with the world with China as center. China wants to help the world in developing and is keen on building infrastructure which will help in mobility of good and people. This China centric global growth will help in changing the idea of ‘globalization’. BRI seeks to provide the developing economies with new channels and opportunities for growing and also aims to give them more access to newer markets. However, the security and strategic dimensions of the BRI cannot be overlooked. BRI