Beijing Thinks India is the ‘Weakling’ in Quad 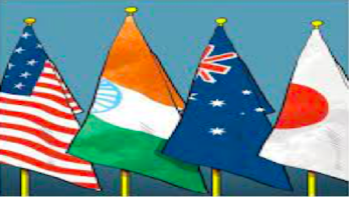 “Quad” was first laughed at in Beijing as a “beggar’s club,” then denounced as Cold War mindset. Analysts globally, especially in Beijing, have been describing India as the outlier among the four nations. India’s failure in effectively tackling the second wave of Covid-19 and creating chaos in procuring and distributing vaccine across the country has “battered India’s ambitions to become the ‘pharmacy of the world’.” In the context of India’s Quad ambitions, the global media is dismissive of the US high expectations for New Delhi playing a leading role in countering China in the Indo-Pacific region. But some critics are not yet ready to undermine the Indian potential to emerge as the Quad keystone in the long run. Is India really the weakest link or the country will eventually become the keystone in the quartet?