Sabaree Mitra has been teaching Chinese Language, Literature and Culture in Jawaharlal Nehru University, since 1990. Her basic training has been in Chinese Language and Literature and her research interest includes contemporary Chinese literature, criticism and cultural history. Prof. Sabaree Mitra has presented papers in National and International Conferences, and has published research articles in many peer-reviewed academic journals of international repute. Her books include Purbadiganter Kabita: Samakaleen tin china kabir ek jhalak (2002), a collection of contemporary Chinese poetry translated into Bengali, Literature and Politics in 20th century China: Issues and Themes (2005), and, Chinese Women Writers and Gender Discourse (1976-1996) (2008).

In the last few years her interdisciplinary work has explored themes such as: “Body as a Site of Struggle and Resistance in the Asian Women’s Writings: A Study of Chinese and Bengali Fiction since the 1970s”, “Making of a ‘People’s Culture’: Discourse & Praxis in China”, “The Chinese Experience of Theorizing Women through Intercultural Dialogue: Contribution of Li Xiaojiang”, “Tagore and Bengal's Social Modernity: Bringing Women to the Cultural Mainstream”, and “Tagore’s Path for Women’s Emancipation: A Comparative Perspective with the Chinese Experience”.

Prof. Mitra is an Honorary Fellow in the Institute of Chinese Studies, and a member of the Editorial Board of China Report. She was the Chairperson of the Indian Expert Group, that compiled the Encyclopedia of India-China Cultural Contacts on behalf of the Ministry of External Affairs, GOI, in collaboration with the Chinese scholars. She is also a Member of the Joint Study Group of the BCIM Economic Corridor instituted by the Ministry. 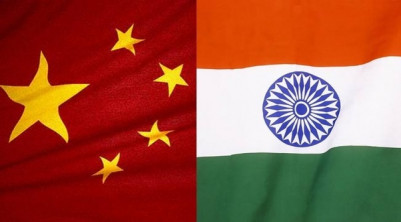 Existing documentation and scholarship show that in each phase in history the nature of the India-China civilizational interaction was unique and different from interactions during the other phases. This paper is an effort to explore the trajectory of India-China cultural relations in the second half...