Rityusha Mani Tiwary teaches at the Department of Political Science, Shaheed Bhagat Singh College, University of Delhi and is currently an Honorary Fellow at the Institute of Chinese Studies, Delhi. She has been the Assistant Editor of China Report: A Journal of East Asian Studies, the flagship journal of the Institute, since 2016. She holds a Ph.D in Chinese Studies from Jawaharlal Nehru University, New Delhi. The current focus of her research includes unpacking the interplay of leadership, power and hegemony in East Asia and China’s role in shaping regionalism in the twin domain of political economy and foreign policy. She likes to employ critical theory-comparativist lenses to study China and India regarding nationalism, borders, gender and culture. She was the recipient of the Visiting Program for Young Sinologists in 2017, awarded by the Ministry of Culture, People’s Republic of China and the Chinese Academy of Social Sciences, Beijing. She was earlier awarded the International Visitor Leadership Program by the Department of State, USA, in 2016 and Pavate Fellowship at the Politics and International Studies Department, University of Cambridge, UK, in 2013. She was a Visiting Scholar at the Shanghai Academy of Social Sciences, Shanghai, in 2012 and a Visiting Researcher at the German Institute of Global and Area Studies, Hamburg, in 2009. 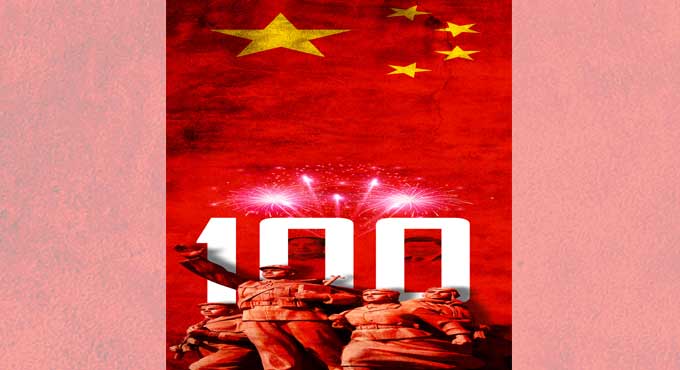 All models are wrong, but some are useful — this oft-quoted aphorism explains rather well the travails of the Communist Party of China (CPC). A 100 years old this year

Amidst COVID-19 pandemic worldwide, India and China are engaged in a bitter standoff at the Line of Actual Control (LAC)[i] for the past two months.

questions of leadership, hegemony and power in South Asia and East Asia with an emphasis on strategic thought in China and India. Her other research interests include studying gender, peace and conflict. She is the Assistant Editor of China Report: A Journal of East Asian Studies since 2016.