Reeja Nair is a Research Associate at the Institute of Chinese Studies. Her research broadly centres on issues related to labour and urbanisation in post-Mao China to present. She is particularly interested in understanding how workers navigate the city spaces in a rapidly urbanizing China, and a comparative assessment of these issues in the Indian context.

Reeja recently submitted her PhD thesis titled, 'Workers and Urban Spaces in Post-Socialist China: A Study of Community, Leisure and Resistance, 1994-2008', at the Centre for East Asian Studies, Jawaharlal Nehru University, New Delhi. She completed her MPhil from the same centre. Her MPhil dissertation examined the making of China's labour laws in the post- Mao period. She holds a bachelor’s and master’s degree in History from Miranda House, University of Delhi (specializing in Modern Indian History). In the past, she  has worked as a Research Assistant at the Institute of Chinese Studies, on an ICSSR Project titled, “State  Responses  to  Social  Welfare  in  China  and  India:  A  Comparative  Study  of Workers  in  Small  and  Medium  Enterprises”. 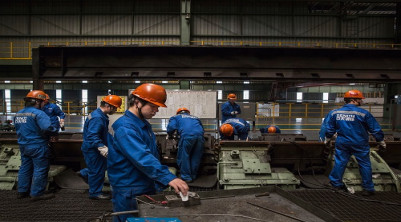 This article analyzes the various institutional and legislative changes that occurred during the economic reforms to explain the rise of informality in China. It examines the enactment of the 1994 Labour Law and the 2008 Labour Contract Law to determine the legislative underpinnings behind the emergence of informal labour in China and shows how state played an important role in the creation of the informal sector in China.

Research Associate at the Institute of Chinese Studies.

Research Assistant at the Institute of Chinese Studies from August 2014 to December 2014.