Jayan Jose Thomas is a Professor of Economics at the Indian Institute of Technology Delhi, where he has been employed since July 2010. His research deals with various issues related to development, mainly labour, industrialization and the macroeconomy. He teaches courses on macroeconomics, Indian economic development, international economics, and planning and development. Jayan is a former Member of the Kerala State Planning Board. While India has been the primary focus of his research, Jayan has been maintaining a lively academic interest on China and East Asia as well. He has worked extensively using Indian and international data sources, conducted field studies, and also worked with archival material. His research papers have appeared in journals including World Development, Development and Change and Economic and Political Weekly. He contributes regularly to media outlets, including the Hindu, Frontline , and Livemint, and his research has been cited in the Government of India’s Economic Survey, BBC, and the New York Times . His previous academic positions were at the National University of Singapore, Indian Statistical Institute, Kolkata, Madras School of Economics, and Central University of Kerala. He has worked on research projects for the International Labour Organization (ILO) and United Nations Population Fund (UNFPA), and is currently a China-India Visiting Scholar Fellow with Ashoka University. He received his B. Tech in Industrial Engineering from Kerala University and Ph.D. in Development Economics from the Indira Gandhi Institute of Development Research, Mumbai. 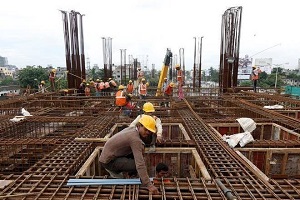 Missing the Demographic Window of Opportunity? 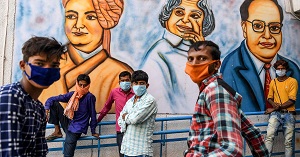 The lockdown in India that began on March 25 to contain the coronavirus pandemic has ravaged the country’s economy and rendered millions of its workers without any source of income.

Member of the Kerala State Planning Board, advising the State government on policies related to industry and employment growth

PhD in development economics from the Indira Gandhi Institute of Development Research, Mumbai