Barnali Chanda is a Visiting Research Associate at the Institute of Chinese Studies, New Delhi. She completed her PhD in Comparative Literature from Jadavpur University, Kolkata. Barnali’s PhD thesis conducts a comparative thematic study of selected strange and fantastic narratives of Pre-Modern China and India. Currently she is teaching at the Techno India University as an Assistant Professor of English. She has been teaching Chinese Language as a Guest Faculty in the School of Languages and Linguistics, Jadavpur University since 2014.  Her field of interests includes comparative literature, travelogue studies, Chinese and Indian literary transactions in the classical period, reception of Buddhist ideas in the Chinese and Sanskrit marvelous stories and translation of Chinese classical and vernacular literature into English and Bengali. Barnali has co-authored two books, Of Asian Lands: A View from Bengal (An Annotated Bibliography of a Century of Travel Narratives to Asian Lands in Bangla) published by Jadavpur University in 2009 and Tellings and Retellings: Strange tales of Medieval China, published by Jadavpur University in 2015. Barnali was selected as an ‘Emerging Scholar’ by the India China Institute, New School, New York in 2015. She received the MOFA Huayu Enrichment Scholarship (2011-2012) and the HRD Chinese Government Scholarship (2008-2009). 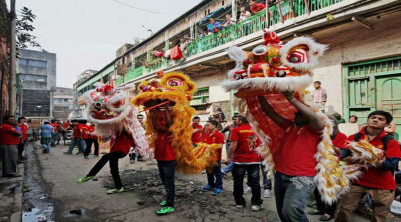 Travel as a Metaphor: A Short Introduction to the Travelogues on China Written in Bengali
04 Apr 2019

The first half of the 20th century unleashed a trend that saw Bengali personalities venturing beyond their enclosed boundary spaces. It all began with Vivekananda’s travels to East and South-East Asia on his way to the Parliament of the World's Religions in Chicago in 1893 as a Hindu representative from India.1 This trend continued with Tagore’s several consecutive travels to Europe and East and South East Asia