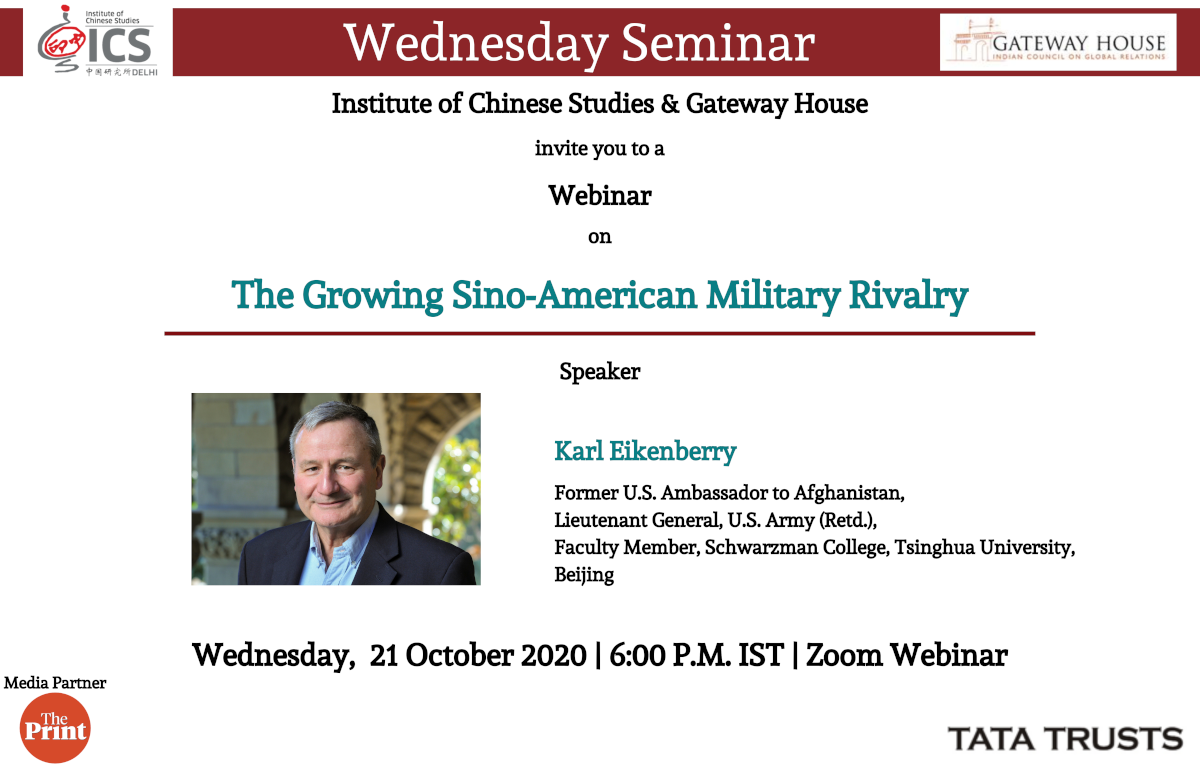 The United States and China together now account for over one-half of the world's defense spending. In recent years, Sino-American military competition has intensified in the contested waters of the Western Pacific, with the South China Sea and Taiwan both potentially dangerous flashpoints. The People's Liberation Army is also developing global capabilities to support the PRC's Belt Road Initiative, posing challenges to nations beyond the Asia-Pacific region. Efforts to mitigate the risks posed by these developments are complicated by the diverging geopolitical interests of Washington and Beijing, and both sides' quests for military technological superiority which encourages economic decoupling. Karl Eikenberry, whose military, diplomatic, and academic careers have included numerous postings and projects in China and East, South, and Central Asia, will discuss the state of the U.S.-China military rivalry and the factors that will shape its future course.

Karl Eikenberry is a former U.S. Ambassador to Afghanistan and Lieutenant General, U.S. Army (retired). He is a faculty member of Schwarzman College, Tsinghua University, Non-Resident Fellow at the Liechtenstein Institute on Self Determination at Princeton University, and Board Member of the Centre for Humanitarian Dialogue in Geneva, Switzerland. Previously he was the Director of the U.S.-Asia Security Initiative at the Walter H. Shorenstein Asia-Pacific Research Center, Stanford University and U.S. Ambassador to Afghanistan from 2009 until 2011. Before appointment as Chief of Mission in Kabul, Ambassador Eikenberry had a thirty-five year career in the United States Army, retiring in April 2009 with the rank of Lieutenant General. He held various policy and political-military positions, including Deputy Chairman of the North Atlantic Treaty Organization (NATO) Military Committee in Brussels, Belgium; Director for Strategic Planning and Policy for U.S. Pacific Command at Camp Smith, Hawaii; and Defense Attaché at the United States Embassy in Beijing, China. He is a graduate of the U.S. Military Academy, has earned master’s degrees from Harvard University in East Asian Studies and Stanford University in Political Science, and was a National Security Fellow at the Kennedy School of Government at Harvard.