Abstract
The last several decades are marked by two contradictory trends in China, the first being the enactment of a series of progressive policies according women freedom in familial relations and unmediated property rights. The second is the patriarchal resistance embodied in socio-cultural norms and policy implementing structures that become impeding factors in realizing policy measures. For women, the history of socialist construction in China was shaped by the way masculinity has a hold on deciding what is just and what is not. The legal efforts at building women’s agency did not act or create an underlying shift in women’s unfreedoms and gender relations, enabling women to step out of traditional behaviours and gender-responsive change in the social system. The gender system continued to make its mark on economic and political domains of formal and informal sectors, leading to a range of ways in which women voiced their resistance to male appropriation of power and resources. A continuum of protests led by All China Women’s Federation, many feminists groups and academics did result in shrinking gender disparities and in advancing women’s agency from being nontransformative to transformative. It also recast culture to undo many components of gender systems, as is evident from recent feminist multilogues on increased inequality and surveillance in the context of COVID-19 in China. This webinar will look at how the pandemic and the lockdown has affected women in China and India, drawing some parallels and differences. There are three dimensions which help us study the gendered nature of recent changes: gendered participation, gendered impact and gender stereotypes.

About the Speakers
Dr. Govind Kelkar is Professor and Executive Director, GenDev Centre for Research and Innovation LLP, India as well as a Visiting Professor, Council for Social Development, India. She is an Adjunct Distinguished Professor at the Asian Institute of Technology (AIT), Bangkok, Thailand. Professor Kelkar has the position of an Honorary Professor at the Institute of Ethnology, Yunnan Academy of Social Sciences, Yunnan, China, and a Honorary Senior Fellow at the Institute of Chinese Studies, Delhi. Earlier, April 2004 to March 2012, she worked as “Senior Advisor: Programme and Research, Economic Empowerment Unit, UN Women, South Asia Office, New Delhi, India and coordinated Gender Mainstreaming in Asia, a region wide program of International Fund for Agricultural Development( IFAD) for 6 years. Professor Kelkar founded the graduate program in Gender Development Studies, AIT Thailand and also the Gender, Technology and Development Journal, published by SAGE and now by Routledge India. She has contributed numerous articles to scholarly journals and written 16 books with a focus on gender relations in Asia.
Cai Yiping is Executive Committee member of Development Alternatives with Women for a New Era (DAWN). A Chinese feminist author and activist, she co-leads DAWN’s Sexual and Reproductive Health and Rights (SRHR) activities. She participated in creating several vibrant women's NGOs in China after the 4th World Conference on Women, held in Beijing (1995). Yiping has deep experience working with government, international agencies and non-profit organizations. Her areas of focus include media and communications, gender-based violence, SRHR and gender mainstreaming. Her current work focuses on the sustainable development agenda, the ICPD and Beijing review processes. She lives in Beijing, China.
Dr. Usha Chandran teaches Chinese language, Literature, translation, as well as interpretation to Bachelors and Masters students at the Centre for Chinese and South East Asian Studies, School of Language, Literature and Culture Studies, Jawaharlal Nehru University. She received her M.Phil and Ph.D from the same centre. Major research interests are Chinese language and literature, gender issues in China and comparison with India and the West, comparing women's subjectivity in some of Lu Xun, Tagore and Virginia Woolf's works in a comparative perspective and the role of language in gender. Recent research includes looking at the role of language in practicing gender. Organised an international symposium on " Language and Gender" in JNU. Published papers both in English and in Chinese on Gender issues in China, comparative perspective of women's movement in India and China, as well as women's subjectivity in Lu Xun's literary work. 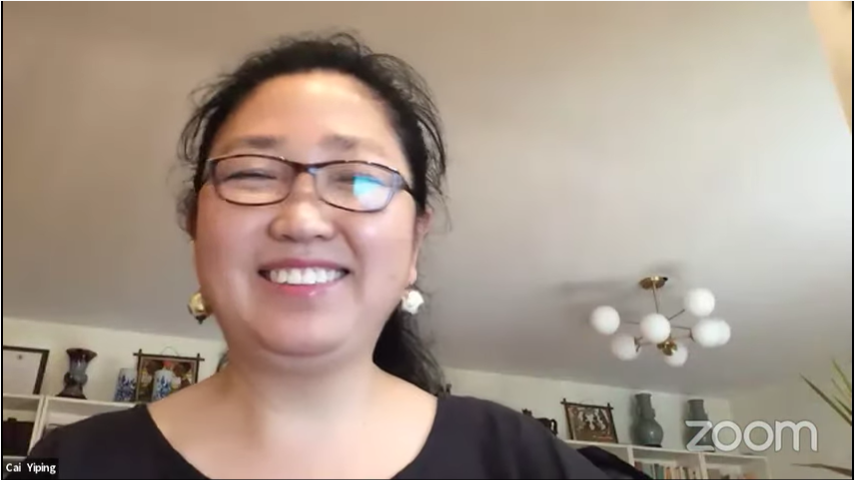