The fascination surrounding China’s Malacca Strait Dilemma has captured the attention of geopolitical analysts ever since the 1990s when oil imports began to reflect its evolving status as a net energy importer. Chinese oil imports from Africa and West Asia must sail through the pirate-infested waters off the coasts of East Africa and Southeast Asia and the volatile waters of the South China Sea where China has serious maritime disputes with its neighbours. The closure of passage through the Strait of Malacca is the most serious of these threats.

Expansion of the Trans Mountain Pipeline to nearly three times its existing capacity features a federal takeover of the project and subsequent legal challenges by First Nation tribes and environmental groups. However, steady federal support to the project indicates strong commitment to diversify away from the more convenient, yet saturated Midwest American market. The expansion project will also boost the economies of Alberta and British Columbia. Availability of oil derived from Alberta’s oil sands on Canada’s Pacific coast suggests a re-orientation of supply to meet burgeoning demand from East Asia. A mutual desire to diversify away from traditional markets could lead to closer energy relations between the world’s second largest consumer of oil and the country with the world’s third largest reserve of oil.

Oliver Nelson Gonsalves  is an Associate Fellow at the National Maritime Foundation (NMF), New Delhi, since July 2019. He was a Visiting Research Fellow at the Azerbaijan Diplomatic Academy (ADA University), Baku. In 2014, he was invited as a student-delegate for a two-month Mandarin course as part of the India-China Friendship Year, organised by the Ministry of Commerce, People’s Republic of China (PRC). He received his Master’s in International Relations in 2012 from the School of International Studies (SIS), Jawaharlal Nehru University (JNU), New Delhi. In 2015, he received an M.Phil in Chinese Studies from the Centre for East Asian Studies, JNU. Oliver joined the Energy Studies Programme (ESP) in the School of International Studies, Jawaharlal Nehru University (JNU), New Delhi, as a Direct Ph.D candidate in 2015 and submitted his thesis in July 2019. His areas of interests include renewables, climate issues, the global oil and gas industry, and energy transition. As a Teaching Assistant at the Energy Studies Programme, Oliver taught a Master’s course titled, Energy and Environmental Issues. He has also interned at the Institute of Chinese Studies, Delhi, and worked as an Editorial Assistant at a China-based business intelligence firm in New Delhi. He was a leading author in an academic project funded by the Federation of Indian Petroleum Industries (FIPI). Oliver also serves as an editor of Energy Review, a monthly student newsletter of the Energy Studies Programme at JNU. His portfolio at the National Maritime Foundation includes analysis of contemporary issues in the organisation’s energy vertical, Internship Co-ordinator and Research-Support. 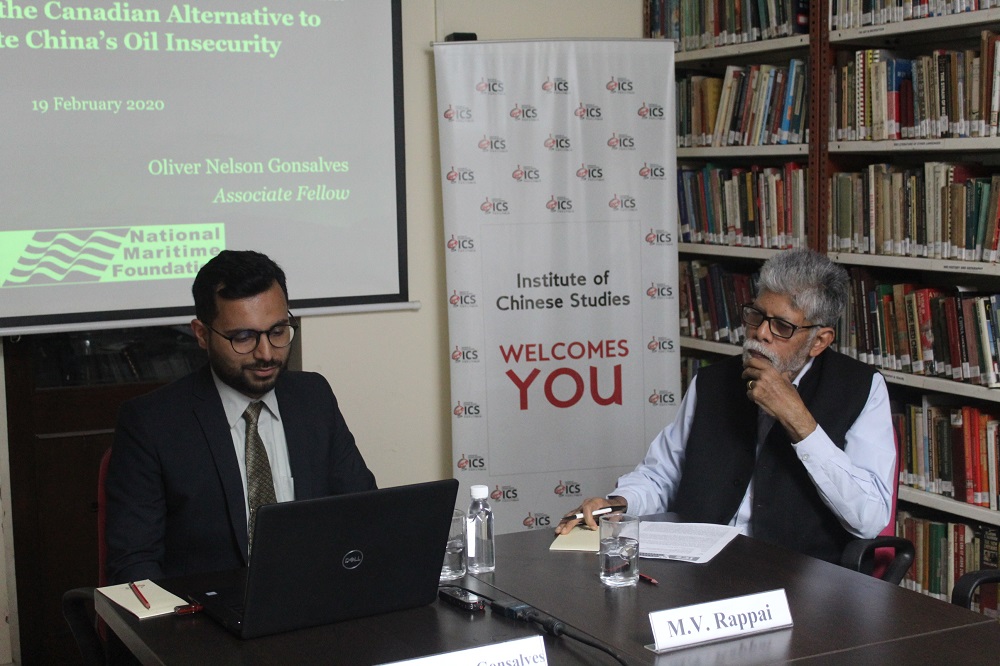 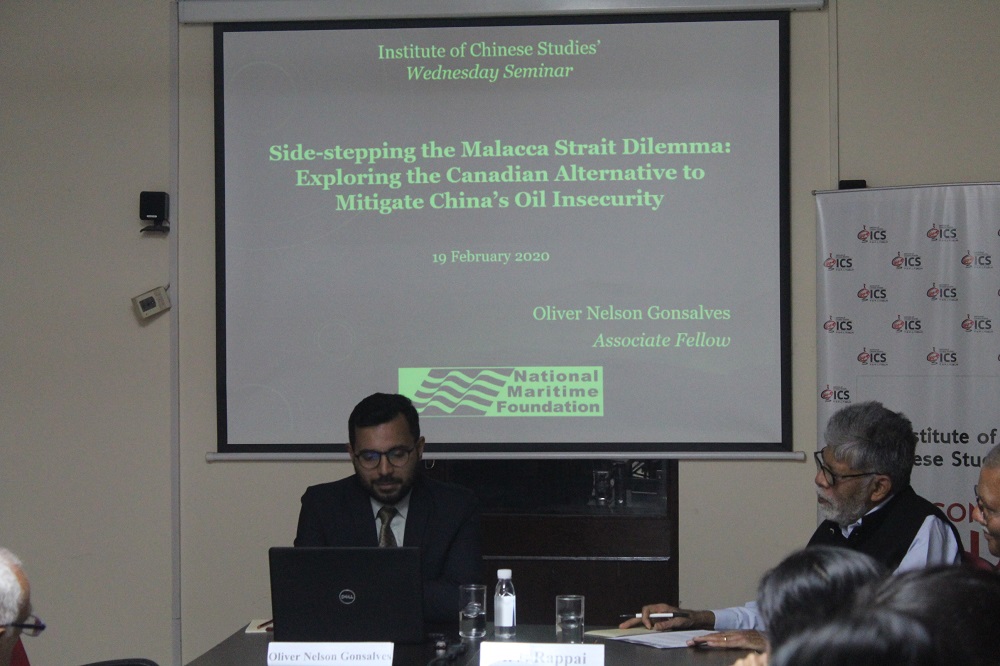 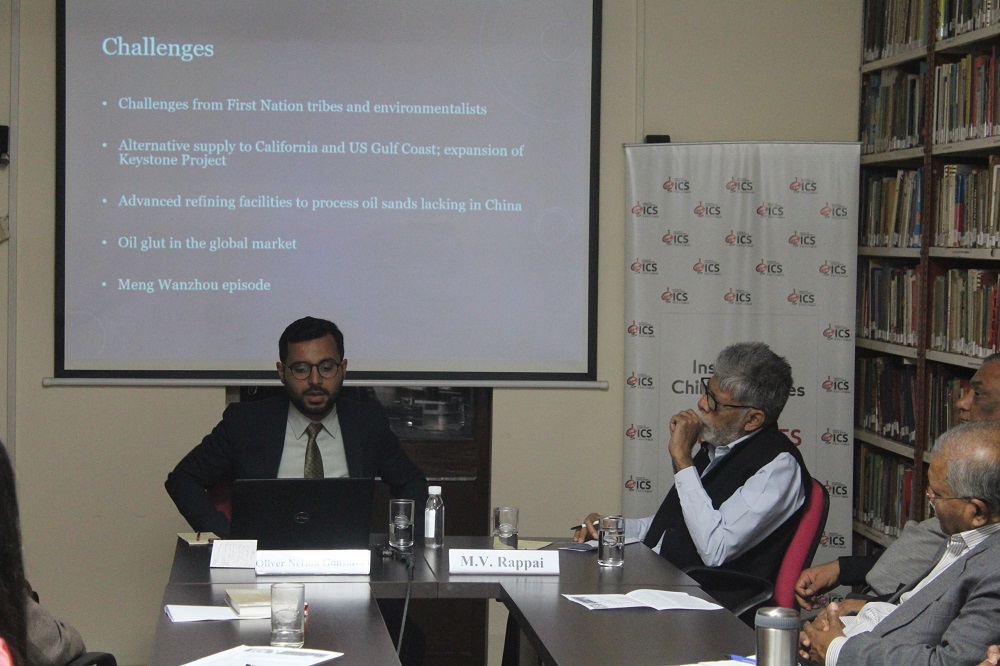 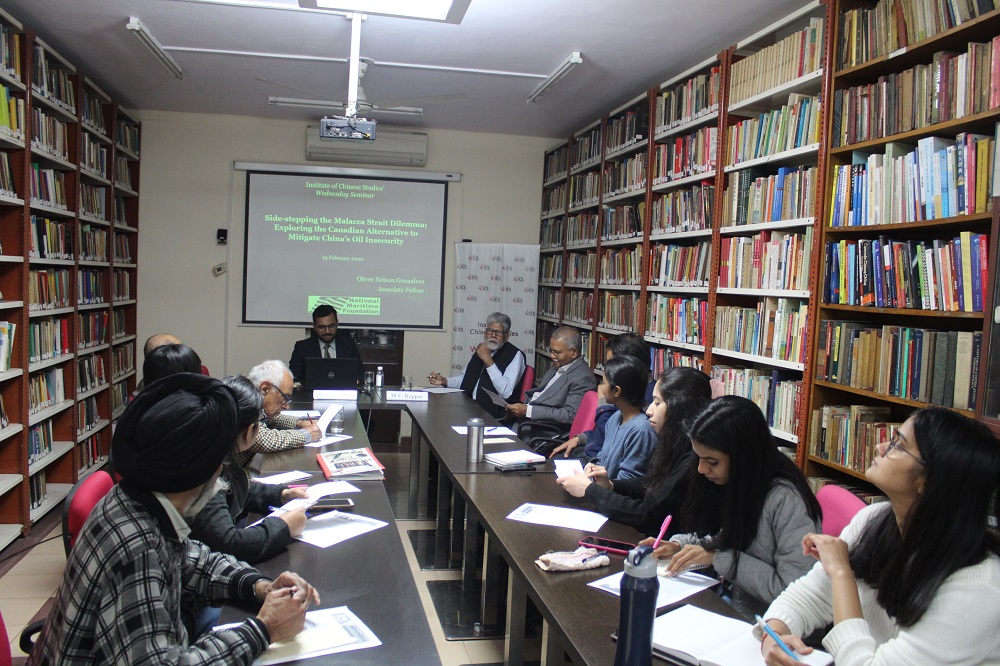