Outlook for the Chinese Economy in the Covid Era

Abstract
Though China was the original epicentre of Covid-19, it has managed to contain the domestic spread of the pandemic and made considerable progress towards restoring normal economic activities, becoming the first major economy to emerge out of the lockdown. However, it continues to grapple with a number of economic challenges, including sharp contraction in global demand, slow revival of domestic demand, relatively high unemployment and structural problems predating the outbreak of the novel coronavirus. The ICS Conversation will assess the progress made by China in its economic revival, continuing challenges and the prospects of the Chinese economy. It will also examine some related issues, including: the outlook and future directions of the Belt and Road Initiative; the possibility of US-China economic decoupling; and changes taking place in global value chains and China’s role therein, particularly in the aftermath of Covid-19.
About the Panelists
Amb. Shyam Saran is a former Foreign Secretary of India and has served as Prime Minister’s Special Envoy for Nuclear Affairs and Climate Change. After leaving government service in 2010, he has headed the Research and Information System for Developing Countries, a prestigious think tank focusing on economic issues (2011-2017) and was Chairman of the National Security Advisory Board under the National Security Council (2013-15). He is currently Life Trustee of India International Centre, Member of the Governing Council/Board of the Institute of Chinese Studies and Centre for Policy Research, a Trustee at the World Wildlife Fund (India) and Member of the Executive Council of the Federation of Chambers of Commerce and Industry (FICCI).He has recently published a book, How India Sees the World. Shyam Saran was awarded the Padma Bhushan, the third highest civilian award, in 2011 for his contributions to civil service. In May 2019, he was conferred the Spring Order Gold and Silver Star by the Emperor of Japan for promoting India-Japan relations.
Prof. Chen Zhiwu is Director of the Asia Global Institute (AGI), Chair Professor of Finance and Victor and William Fung Professor in Economics at the University of Hong Kong (HKU). A former Professor of Finance at Yale University (1999-2017), he has been a member of the HKU Council since November 2018.  His research covers finance theory, the sociology of finance, economic history, emerging markets, as well as China’s economy and capital markets. His Chinese books include: Media, Law and Markets (2005), Why are the Chinese Industrious and Yet Not Rich (2008), Irrational Overconfidence (2008), The Logic of Finance (2009),  Assessing China’s Economic Growth of the Past 30 Years (2010), On the China Model (2010), among others. Professor Chen has received several research awards including the Graham and Dodd Award (2013), the Pacesetter Research Award (1999), and the Merton Miller Prize (1994). Currently on the board of directors of Noah Holdings, he also served on the International Advisory Board of the China Securities Regulatory Commission (CSRC), and was on the board of directors at IDG Energy Investment, Bank of Communications, PetroChina and Lord Abbett China. He received his PhD in financial economics from Yale University in 1990.

Prof. Yao Yang is Director of the China Center for Economic Research (CCER) and Dean of the National School of Development (NSD) at Peking University, China. He is a member of the China Finance 40 Forum. His research interests include economic transition and development in China. He has published more than hundred research papers in international and domestic journals as well as several books on institutional economics and economic development in China. He is also a prolific writer for magazines and newspapers, including the Financial Times and the Project Syndicate. Dr. Yao was awarded the 2008 and 2014 Sun Yefang Award in Economic Science, the 2008 and 2010 Pu Shan Award in International Economics and the 2008 Zhang Peigang Award in Development Economics, and was named the Best Teacher by the Peking University Student Union in 2006. Dr Yao obtained a BS in geography in 1986 and an MS in economics in 1989, both from Peking University, and his PhD in development economics from the department of agricultural and applied economics at the University of Wisconsin–Madison in 1996. 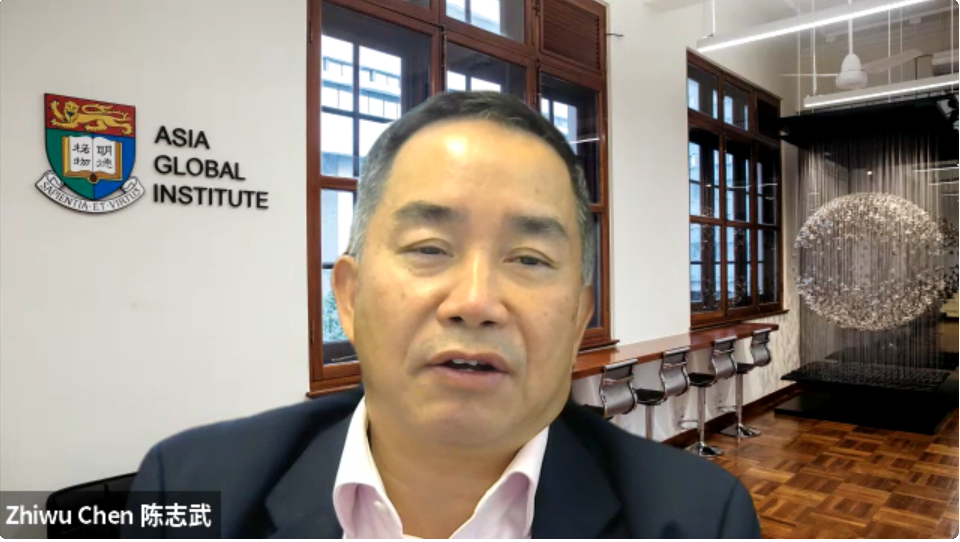 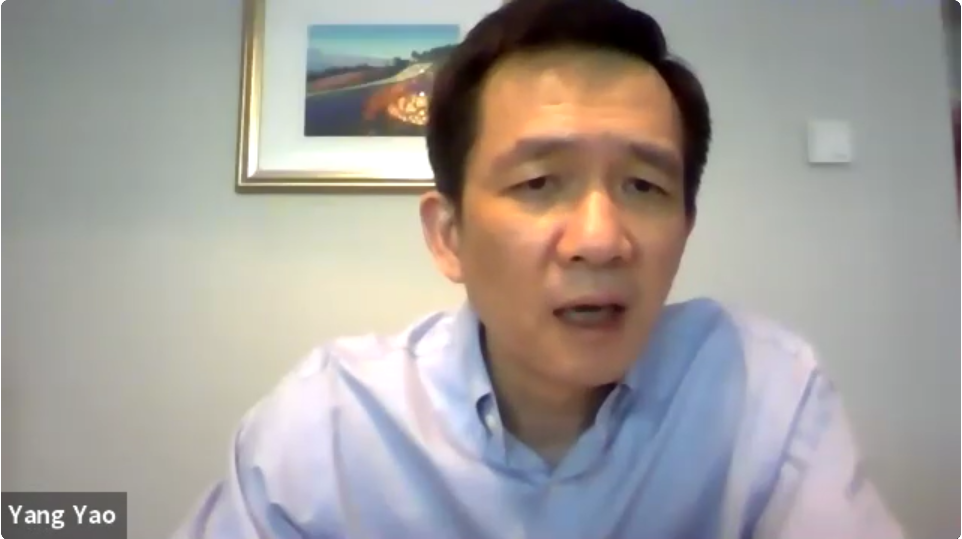