In the post-Galwan period, India-China relations will not be business as usual. Taiwan’s response to COVID-19 and China’s insensitivities towards India’s territorial integrity is shaping the domestic debate in India. There have been calls to reevaluate India’s China policy and advance ties with Taiwan. India does not have diplomatic ties with Taiwan and relations are managed through 'unofficial' channels. The China factor has loomed large on the prospects of setting the right context for India-Taiwan relations. While the recent standoff has provided a window of opportunity for India to look towards Taiwan, there is a need for India to engage Taiwan in the long-term. Taiwan, under the administration of President Tsai Ing-wen, has emphasised on the importance of strengthening ties with India. It is in this context, the talk will attempt to explore options for India vis-à-vis Taiwan.

Sana Hashmi is Taiwan Fellow at the Institute of International Relations, National Chengchi University. She was Consultant in the Ministry of External Affairs (MEA), Government of India, where she worked on the ASEAN region and the Indo-Pacific with a special reference to China from 2016-19. Her primary research focuses on China’s foreign policy, Taiwan’s foreign relations, China’s territorial disputes, and Asian security. She has worked with the Centre for Air Power Studies (CAPS), South Asia Forum for Human Rights (SAFHR), Central Tibetan Administration (CTA), and Institute for Defence Studies and Analyses (IDSA). She holds a MPhil and PhD (defence awaited) from Jawaharlal Nehru University, New Delhi and is the author of the book, China’s Approach towards Territorial Disputes: Lessons and Prospects (New Delhi: Knowledge World, 2016). She can be reached at sanahashmi2@gmail.com.

Dr. I-Chung LAI is the President of the Prospect Foundation. Dr. Lai served as Director General for Department of International Affairs (2007-2008) and Director General for Department of China Affairs (2006-2008) in the Democratic Progressive Party (DPP). Prior to that, he was Special Assistant for Policy to Taiwan Representative to Japan (2000-2003), Executive Director for DPP Mission in the United States (1999-2000), and Vice President of the Taiwan Thinktank (2013-2016). He received his Ph.D. degree from Virginia Polytechnic Institute and State University (Virginia Tech) and was Visiting Researcher at Cornell University. 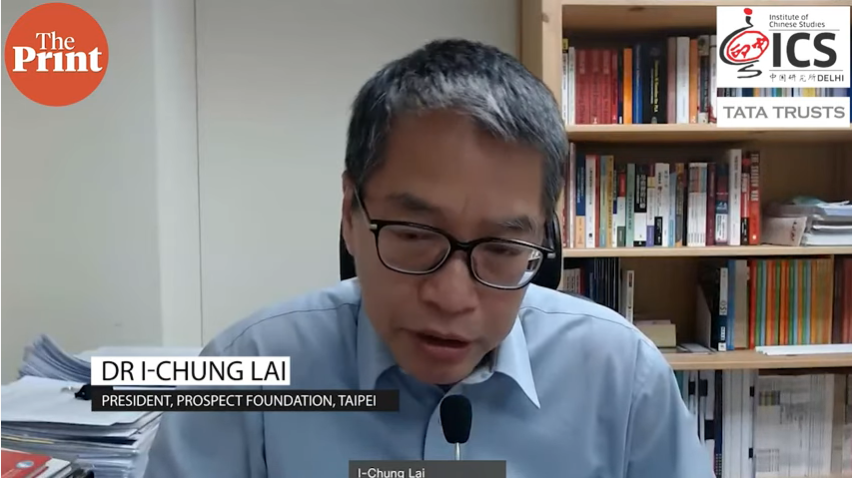 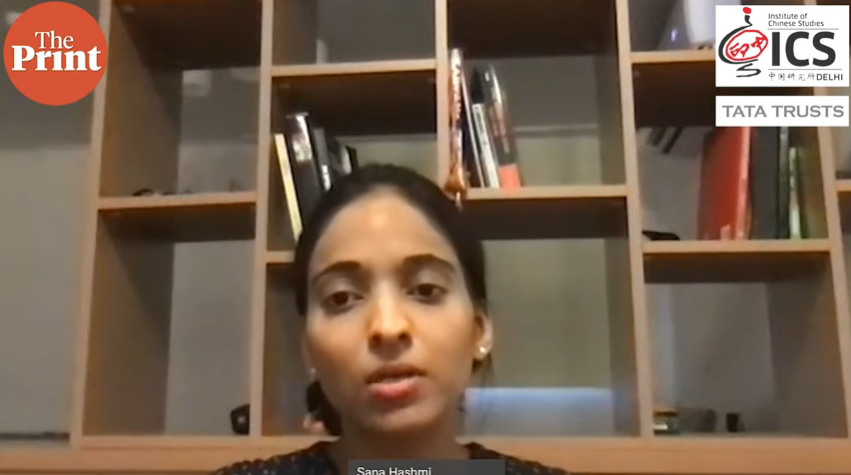 Assessment of Abe Era and the Road Ahead

VP Dutt Memorial Lecture | India as Teacher by Negative Example: Chinese Perceptions of India During the British Colonial Period and Their Impact on Contemporary India-China Relations